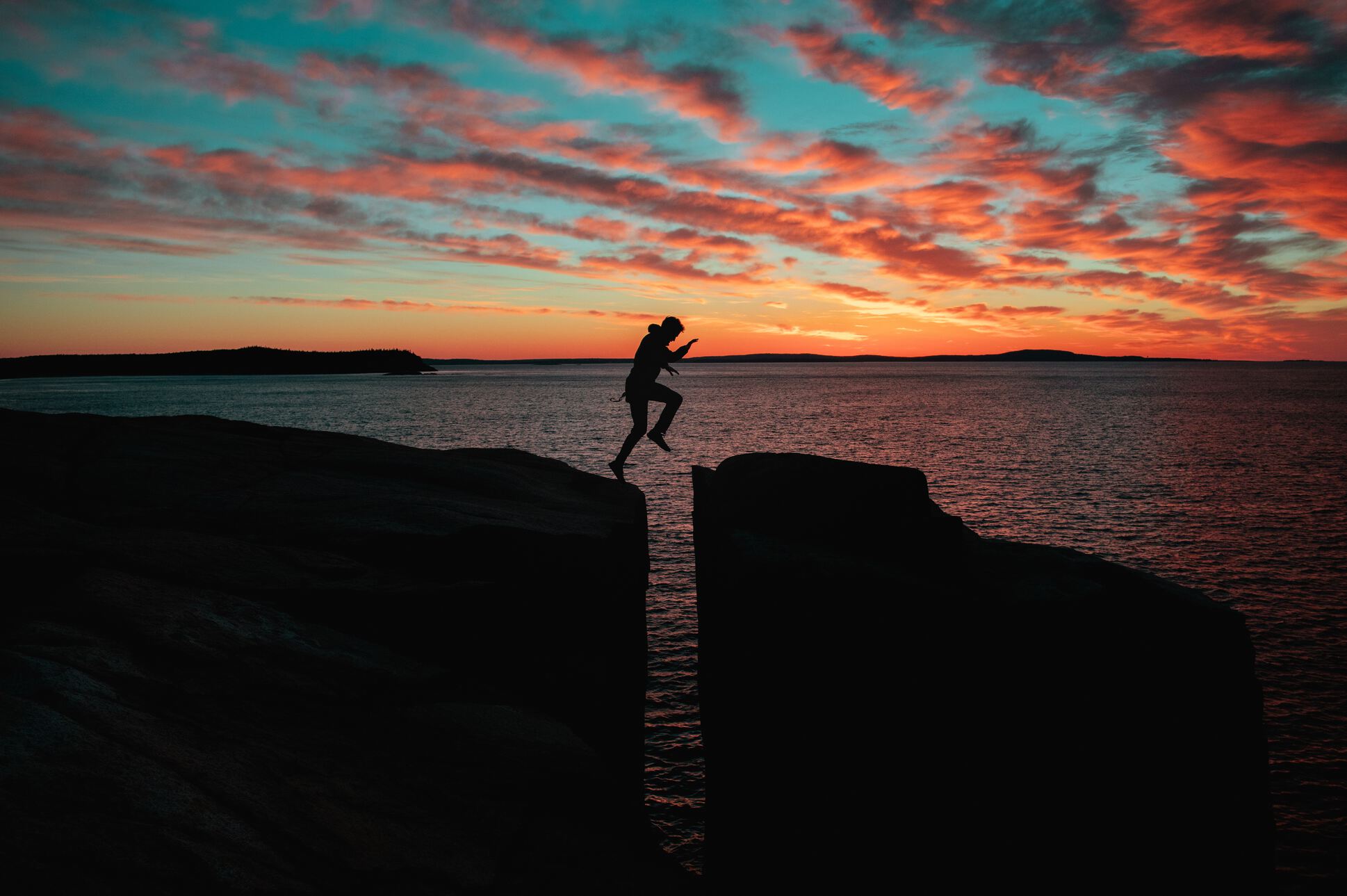 When 2020 rolled around, I started to think about a good challenge for myself. Notice that I’m not talking about new year resolutions. I think the fact that you call them that conditions your brain to believe that they are optional and you’ll fail. I even described it in my new year’s article called “Forget about new year resolutions. Form habits instead” and provided some strategies in how to for them. The first challenge for this year is a book challenge. I’ll try to read 30 books in 2020.

To keep me honest, I created a new section and add a new tag, where you can see the new habits that I’ll try to gain this year. I think that making things public keeps you honest, makes you accountable, and, above all, pushes you to keep your objectives.

With some discipline and enjoyable books, I think it’s entirely doable, but you’ll find the result and my progress on this page.

Finally, I’ll only publish books I finish. I start a lot of books, but if I’m not interested, I stop and start with the next one. There are so many good books out there that it doesn’t make sense to waste time in one I’m not enjoying, and there’s no place in my recommended books for the ones I don’t even finish.

Let’s start this incredible adventure together. Photo by Kristopher Roller on Unsplash

How not to die (Health & Food)

Tribes: We Need You to Lead Us

by Seth Godin
Building a tribe is not easy, but it is essential if you want to go forward. Seth Godin explains to us the importance of a tribe, what is a tribe in the first place, and how we can build one.

The Magic of Thinking

by Seth Godin
Seth Godin takes us on a journey based on the legend of Icarus that had wings made of wax. His father told him not to get too close to the sun; otherwise, the wings would melt.

The Best Laid Plans of Mice: An anthology of odd short stories

by Scott Baron
The Best Laid Plans of Mice is a beautiful set of small and quite odd stories that grab you until the end, some of them with quite some twists and turns.
⭐️ ⭐️ ⭐️ ⭐️ ⭐️

by Isaac Asimov
For 12,000 years, the Galactic Empire has ruled supreme. Only Hari Sheldon, creator of the revolutionary science of psychohistory, can see into the future, to a dark age of ignorance, barbarism, and warfare that will last 30,000 years.
⭐️ ⭐️ ⭐️

by Robert J. Crane
The most extended character introduction that I’ve seen. Ten books to show who Sienna Nealon is. I won’t spoil anything, but I have to give it to Robert J. Crane for writing all of then in 2 years.
⭐️ ⭐️ ⭐️

by Isaac Asimov and Robert Silverberg
In another world, entirely a planet where there’s always light due to the six suns circling it. Until a day, all suns disappear, and people see the stars for the first time. How do you think the whole population would react?
⭐️ ⭐️ ⭐️

Destiny (The Girl in the Box Book 9)

by Robert J. Crane
With fewer and fewer allies, the fight and salvation of her race stand in the shoulders of Sienna Nealon. After meeting Sovereign and see what he’s capable of, can she fight Century with their 100 best of the best?
⭐️ ⭐️ ⭐️ ⭐️

Legacy (The Girl in the Box Book 8)

by Robert J. Crane
With all organizations destroyed, Sienna, a 19-year-old, is forced to gather the team under the supervision of the FBI. She has to lead the few existing metas to fight against Century lead by Sovereign.
⭐️ ⭐️ ⭐️ ⭐️

The Robots of Dawn (The Robot Series)

by Isaac Asimov
Detective Elijah Baley, now famous due to his work on Solaria, is called this time to Aurora, to investigate the robotocide of a humaniform robot similar to his friend R. Daneel Olivan while dealing with agoraphobia.
⭐️ ⭐️ ⭐️ ⭐️ ⭐️

The Naked Sun (The Robot Series)

by Isaac Asimov
We continue following Detective Elijah Baley, and it’s partner R. Daneel Olivaw to solve a murder in the strange and peculiar world of Solaria while dealing with the unusual sensation of open-air for example.
⭐️ ⭐️ ⭐️ ⭐️ ⭐️

by Kevin Riley
A Zombie’s short story. Although they are not called Zombies, it’s quite obvious that they are. Our hero tries to save a little boy and get him to the hospital before worse happens. Excellent quick read but nothing earth-shattering.
⭐️ ⭐️

Enemies (The Girl in the Box Book 7)

by Robert J. Crane
Following our young, powerful meta going into a death spiral and taking a position of control. Other metas will follow her, but will she be able to tip the scales in the war that’s occurring between metas to dominate the world.
⭐️ ⭐️ ⭐️ ⭐️ ⭐️

The Caves of Steel (The Robot Series)

by Isaac Asimov
A detective story masterfully told by the master of science fiction. Suspense, twists and turns, Spacers, and robots. Proof that Asimov can make everything exciting and fun to read.
⭐️ ⭐️ ⭐️ ⭐️ ⭐️

by Isaac Asimov
Some essays show up in I, Robot, but there are some from Asimov himself talking about its sagas and speculating, with amazingly precise accuracy, about the future.
⭐️ ⭐️ ⭐️ ⭐️

by Isaac Asimov
The first book outside the Foundation world based on a planet called Rotor that escaped to an unknown red dwarf star, a girl with a fantastic brain, and a threat to the future of Earth.
⭐️ ⭐️ ⭐️ ⭐️ ⭐️

Broken (The Girl in the Box Book 6)

by Robert J. Crane
The sixth book of the series, a fantastic set of events around a girl with special powers with some nice twists and turns. Start from the beginning and don’t be surprised if you can’t stop reading.
⭐️ ⭐️ ⭐️ ⭐️

by Isaac Asimov
A submarine miniaturized to travel in the human body, trying to save someone from certain death. But there’s more. Conspiracy and a hint of what we experienced as the “Cold War.”
⭐️ ⭐️ ⭐️ ⭐️

Omega (The Girl in the Box Book 5)

by Robert J. Crane
The fifth book of the series, a fantastic set of events around a girl with special powers with some nice twists and turns. Exploration of the strengths and where they may lead her.
⭐️ ⭐️ ⭐️ ⭐️

The Positronic Man A Novel

by Asimov and Silverberg
A masterpiece about a robot with unprecedented capabilities that wanted to become a real man.
⭐️ ⭐️ ⭐️ ⭐️ ⭐️

by Isaac Asimov
Isaac Asimov, as a fantasy writer, brings us a small demon that can be be invoked at will and grants wishes with mixed results.
⭐️ ⭐️ ⭐️ ⭐️ ⭐️

by Isaac Asimov
A set of amazing short stores. Each of them could result in a book by the master himself.
⭐️ ⭐️ ⭐️ ⭐️ ⭐️

Family (The Girl in the Box Book 4)

by Robert J. Crane
The fourth book of the series, a fantastic set of events around a girl with special powers.
⭐️ ⭐️ ⭐️ ⭐️

I, Robot The Robot Series

by Isaac Asimov
I, Robot is a fantastic set of short stories or essays based on the three laws of robotics.
⭐️ ⭐️ ⭐️ ⭐️ ⭐️

Power Automate: How to access Excel with a dynamic path

Why Superhuman is under fire over a privacy violation?

WordPress: How to solve the mail() function error

SharePoint: The balance between choice and lookup

Hello, I'm trying to set up a flow that trigger by "selecting file" on sharepoint lib document. It is going…

Jacky - Power Automate: How to access Excel with a dynamic path

Hi, I'm trying to set up a flow that trigger by "selecting a file"(excel file) from the sharepoint list library…

Manuel Gomes - Power Automate: How to access Excel with a dynamic path

Hi Bhushan, That's a tricky one. When we reference the Excel directly, the connector adds the Table's fields so that…

Bhushan - Power Automate: How to access Excel with a dynamic path

Hi Manuel, Thanks for the blog that was helpful. I have a similar use case in which I am passing…

WordPress: How to solve the mail() function error

SharePoint: The balance between choice and lookup

Video of the Day