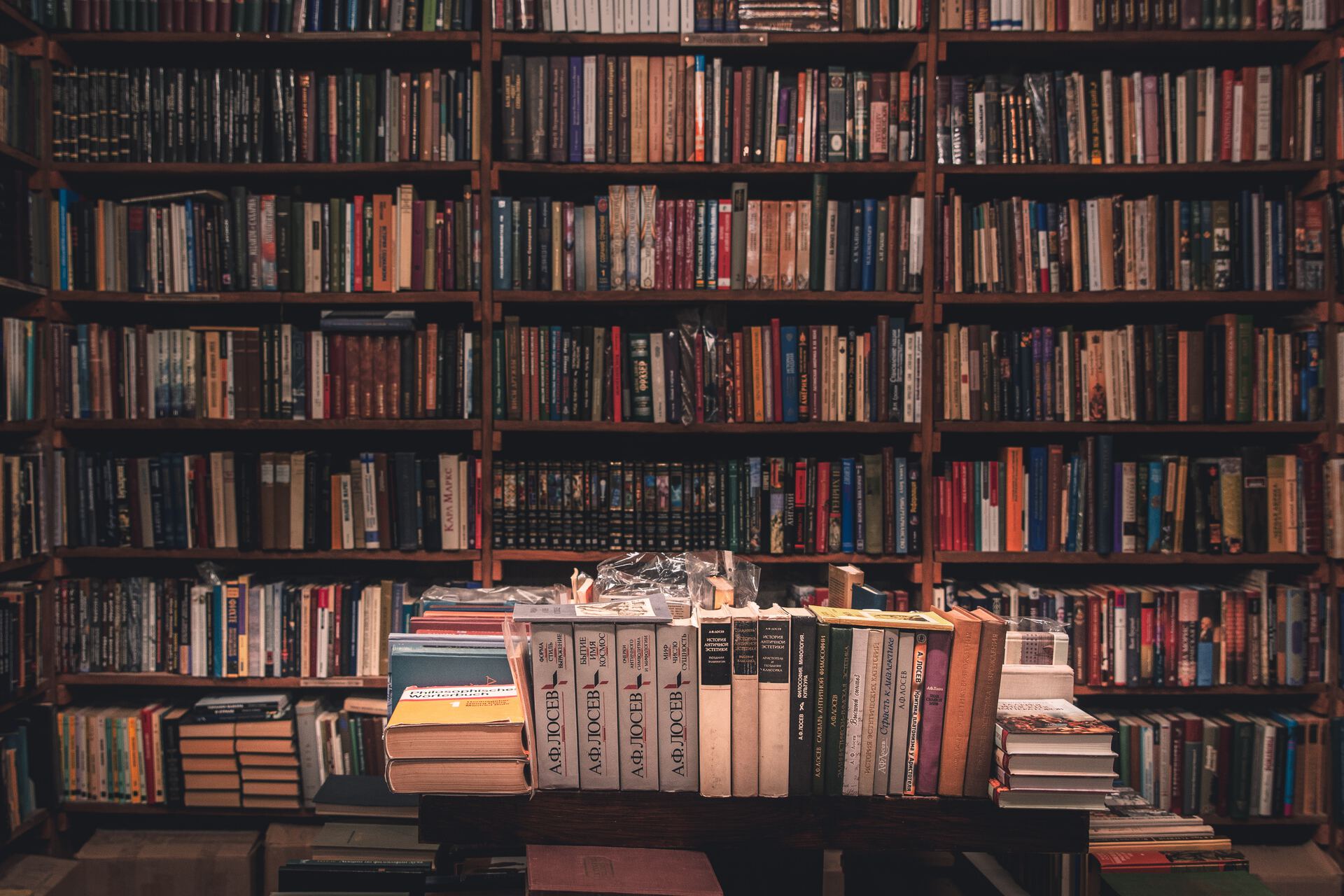 I believe the more you read, the better you become. Notice that I don’t say if you read “X” books a month or “Y” type of book since the topic of the book is not essential. You’ll always learn something and, hopefully, have some fun, not to mention that reading is a great way to generate good ideas. Below you can find my recommended books based on the ones I’m reading starting in 2020. There is no defined order, only the one I finish reading them, so don’t be surprised to see some sagas in a row and then a different book. I’ll provide a star rating and a link for you to check it yourself. I thought about doing a review, but I’m always scared of giving something away from the story, and besides, what I like isn’t a guideline for what you may enjoy.

Finally, I’ll only publish books I finish. I start a lot of books, but if I’m not interested, I stop and start with the next one. There are so many good books out there that it doesn’t make sense to waste time in one I’m not enjoying, and there’s no place in my recommended books for the ones I don’t even finish.

Let’s start this incredible adventure together.

Photo by Stanislav Kondratiev on Unsplash

Legacy (The Girl in the Box Book 7)

by Robert J. Crane
With all organizations destroyed, Sienna, a 19-year-old, is forced to gather the team under the supervision of the FBI. She has to lead the few existing metas to fight against Century lead by Sovereign.

The Robots of Dawn
(The Robot Series)

by Isaac Asimov
Detective Elijah Baley, now famous due to his work on Solaria, is called this time to Aurora, to investigate the robotocide of a humaniform robot similar to his friend R. Daneel Olivan while dealing with agoraphobia.
⭐️ ⭐️ ⭐️ ⭐️ ⭐️

The Naked Sun
(The Robot Series)

by Isaac Asimov
We continue following Detective Elijah Baley, and it’s partner R. Daneel Olivaw to solve a murder in the strange and peculiar world of Solaria while dealing with the unusual sensation of open-air for example.
⭐️ ⭐️ ⭐️ ⭐️ ⭐️

by Kevin Riley
A Zombie short story. Although they are not called Zombies, our hero tries to save a little boy and get him to the hospital before worse happens. Nice short read but nothing earth-shattering.
⭐️ ⭐️

Enemies (The Girl in the Box Book 7)

by Robert J. Crane
Following our young, powerful meta going into a death spiral and taking a position of control. Other metas will follow her, but will she be able to tip the scales in the war that’s occurring between metas to dominate the world.
⭐️ ⭐️ ⭐️ ⭐️ ⭐️

The Caves of Steel
(The Robot Series)

by Isaac Asimov
A detective story masterfully told by the master of science fiction. Suspense, twists and turns, Spacers, and robots. Proof that Asimov can make everything exciting and fun to read.
⭐️ ⭐️ ⭐️ ⭐️ ⭐️

by Isaac Asimov
Some essays show up in I, Robot, but there are some from Asimov himself talking about its sagas and speculating, with amazingly precise accuracy, about the future.
⭐️ ⭐️ ⭐️ ⭐️

by Isaac Asimov
The first book outside the Foundation world based on a planet called Rotor that escaped to an unknown red dwarf star, a girl with an amazing brain, and a threat to the future of Earth.
⭐️ ⭐️ ⭐️ ⭐️ ⭐️

Broken (The Girl in the Box Book 6)

by Robert J. Crane
The sixth book of the series, a fantastic set of events around a girl with special powers with some nice twists and turns. Start from the beginning and don’t be surprised if you can’t stop reading.
⭐️ ⭐️ ⭐️ ⭐️

by Isaac Asimov
A submarine miniaturized to travel in the human body, trying to save someone from certain death. But there’s more. Conspiracy and a hint of what we experienced as the “Cold War.”
⭐️ ⭐️ ⭐️ ⭐️

Omega (The Girl in the Box Book 5)

by Robert J. Crane
The fifth book of the series, a fantastic set of events around a girl with special powers with some nice twists and turns. Exploration of the strengths and where they may lead her.
⭐️ ⭐️ ⭐️ ⭐️

The Positronic Man
A Novel

by Asimov and Silverberg
A masterpiece about a robot with unprecedented capabilities that wanted to become a real man.
⭐️ ⭐️ ⭐️ ⭐️ ⭐️

by Isaac Asimov
Another fantastic set of short stories that could result in a book by themselves.
⭐️ ⭐️ ⭐️ ⭐️ ⭐️

Family (The Girl in the Box Book 4)

by Robert J. Crane
The fourth book of the series, a fantastic set of events around a girl with special powers.
⭐️ ⭐️ ⭐️ ⭐️

I, Robot
The Robot Series

by Isaac Asimov
I, Robot is a fantastic set of short stories or essays based on the three laws of robotics.
⭐️ ⭐️ ⭐️ ⭐️ ⭐️

Power Automate: How to access Excel with a dynamic path

Why Superhuman is under fire over a privacy violation?

Hum, indeed. Need to try it out and, if it doesn't work, find a solution. Will keep you posted :).

Ben - Power Automate: How to access Excel with a dynamic path

This is great! Exactly what we need at this moment. I wonder if this method will work for the "Add…

Manuel Gomes - Power Automate: How to access Excel with a dynamic path

Hi Avi, Thanks for the kind words. Regarding MS Forms I got you covered in another article here Jump to…

Avi - Power Automate: How to access Excel with a dynamic path

Great detailed explanation 👍 I'd like to know, how do I trigger such a solution from a submit of an…

You're most welcome. Glad I could help! If you have any issues feel free to contact me. Always happy to…

Video of the Day