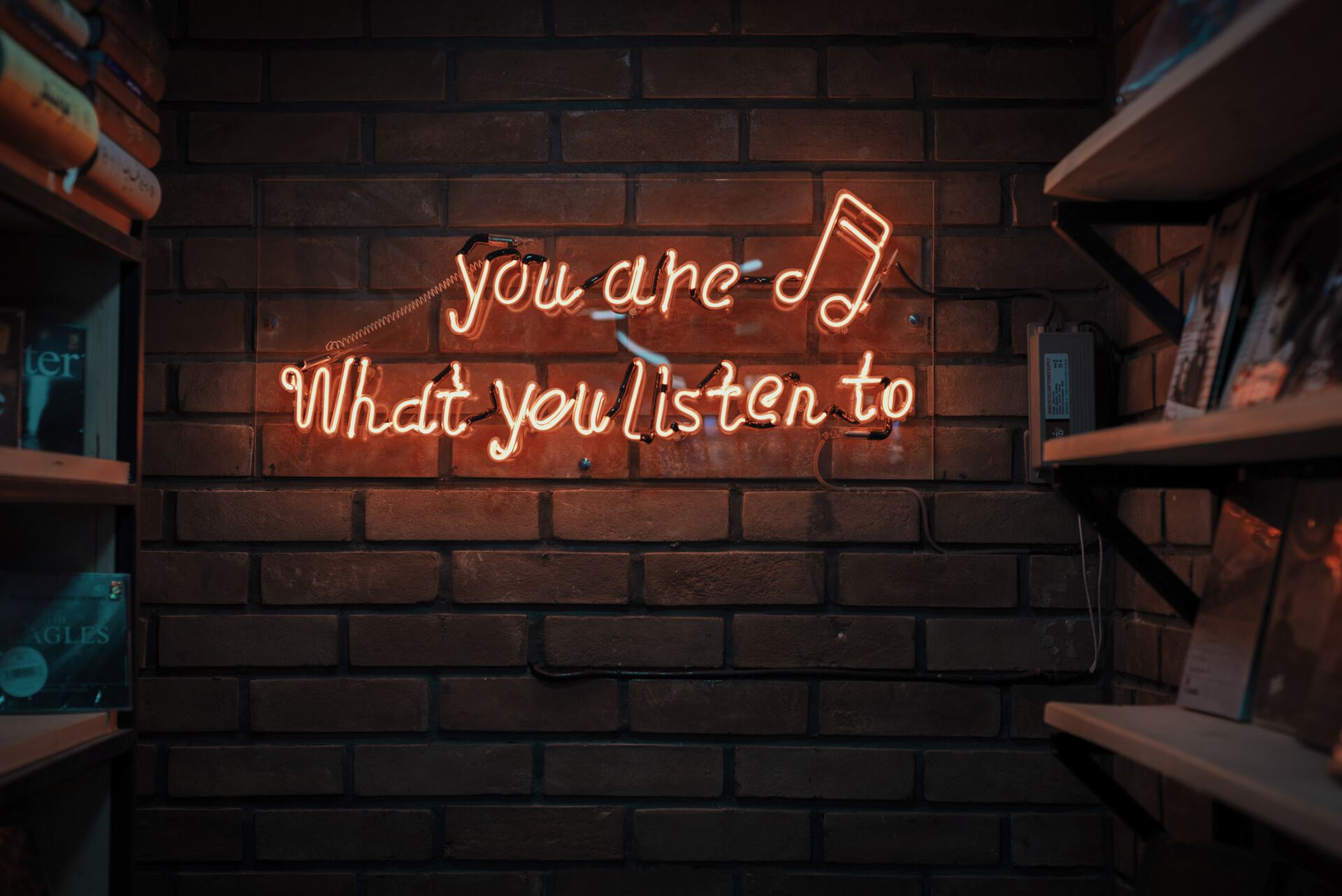 Podcasts are, in my opinion, the secret weapon for everyone that want to be informed and entertained and gaining time while they’re doing it. Since time is scarce, doing two things at the same time is fantastic. I listen to podcasts while I’m commuting, running, and doing house chores. It keeps me entertained, motivated, up-to-date with events, and distracted when I’m doing something boring. Think of the time that you can gain by combining an excellent podcast with some tedious task that you have to perform. That’s the primary motivation behind my recommended podcasts list. I explain it in more detail here, but all I want is for you to find awesome podcasts that you can follow, learn, laugh, cry, cringe, or entertain yourself. There’s no defined timeline to publish new podcasts, so show-up frequently and find the latest additions to the collection.

Important:
There’s no type, order, preference, or rationale in the ones that I publish. Listen and make conclusions for yourself. None of them are mine, and they are my recommendations. The authors and producers of these podcasts don’t even know I exist, so only personal preferences here.

Photo by Mohammad Metri on Unsplash

The total number of podcasts: 16 (1 new every Saturday)

If you like investigative journalism and shows like Serial and This American Life, S-Town is right up your alley. The show is hosted by Brian Reed, who goes to rural Alabama after receiving an email from someone called John to investigate a murder in his hometown. The show is well-paced, has a beginning and end, so there’s only one season to enjoy, but you’ll go through it quite quickly. This show has everything. Murder, comedy, interviews, and questions upon questions that will keep you entertained.

Joe Rogan is something special when it comes to interviewing. It can bring the best stories and conversations from people and it makes for quite an entertaining and insightful experience. The podcasts are long and published five days a week, some of them can go up to 4h, but with 1400+ shows, you can find someone you like and invest the time in watching that show.

The title is misleading because this is a comedy podcast hosted by Nazeem Hussain, an Australian comic that interviews other comedians in their adventures (or horror stories) when they travel. Either for fun or work, they talk about food to airlines, airports, and locations, everything goes. It is a fun premise that works as an ice breaker between the host and the guest since they end up talking about other topics in the show. A funny, unscripted comedy podcast that is always different and surprising, with amazing guests in each show. A must listen if you want some good laughs and relax a bit.

Hello from the Magic Tavern

An excellent improv comedy podcast where magic (literally) happens. Set in the fictional land of Foon where Arnie Niekamp travels by accident when a portal opens behind a Burger King. There he finds a wizard and shapeshifter, and they become best friends. Masterfully played by Arnie Niekamp, Matt Young, and Adal Rifai. Listen from the first episode and be surprised by the twists and turns, and have a good laugh or two. Please do yourself a favor and start listening from the first episode. There are quite a few episodes already released, so you have a lot to explore.

This podcast is quite unique and super funny. The host gets suggestions from the audience, and the comedian can choose the first one to build a story or hear the second one and the public votes. Then they have a few minutes to come up with a story that is usually sexual in nature. Funny, entertaining, but consider yourself warned if this is not your kind of humor and obviously don’t let kids hear it. It’s super vulgar, but extremely funny if you’re into this kind of jokes. All of this live and improvised in front of an audience that makes it, in my opinion, quite hard (no pun intended) to come up with funny material.

A scripted podcast that is amazingly well-produced featuring Jemaine Clement (Flight of the Conchords). He plays botanist looking for the plant that is the source of all pleasure: The Heaven’s Clover. Smart, witty, and quite addictive, the first season is available for listening. However, you need a Stitcher Premium subscription to listen to the second season. For me, it was a real pleasure to follow the story and amazing performances. A must-listen if you like scripted podcasts, a mix of historical adventure, and great characters.

A show hosted by two major iOS veterans Marco Arment AND David Smith focuses on iOS development without going into to much detail on the technical side. Think of it as two analysts picking apart certain aspects of the current state of iOS development, tips and tricks in approaching it, and, above all, learn from the experiences of both of them gathered over the years in publishing their apps on the store. Easy and enjoyable to listen, you can learn something if you’re thinking of publishing an app on the store.

Hosted by David Sparks and Rosemary Orchard, Automators go deep in the world of automation with a primary focus on Apple automation like Shortcuts, Apple Script, and other automation and productivity tools. Even if you’re not used to automating things, after listening to the episodes, I bet that you’ll start seeing things in your life that you do all the time that are boring. That could be efficiently automation doing stuff for you. The show is informative and will save you a lot of time if you apply the techniques talked about.

A show that started with 3 friends talking about cars, called Neutral, accidentally (get it?) became a show about technology. Casey, John, and Marco have fantastic chemistry, they are funny and are incredibly knowledgeable, but they keep things simple so that average “Joe” can follow. All of them are developers and Apple fans, so if you’re into that, you always have an excellent weekly discussion on what’s happening in that world as well as some other news that pops up in the technology world and is worth discussing.

With more than 500 episodes, Mac Power Users or MPU has quite a history talking about Apple and workflows. Up until recently, Katie and David discussed all sorts of technology topics with a partial preference for Apple-related news. A few months ago, Katie left, and Stephen (co-founder of RelayFM) took her place. He’s done a fantastic job by bringing his interests, knowhow in Apple’s history and current events, and managed to bring something new to the show. Although focused on Apple, you’ll get a wide range of topics suited to everyone.

The Talk Show With John Gruber

John Gruber’s website is quite well known around the tech world, and his podcast is one of the most popular podcasts out there. He has guests and a free-flowing format, making some episodes well over 2h. The conversation is fluid, and they discuss multiple topics but tend to focus more on Apple’s products, news, and other analysis. Guests are extraordinarily knowledgeable, but they don’t try to make things complex, quite the contrary. It’s a tech podcast for everyone, so do take a listen.

The Verge became over the years the go-to place for technology news. They have a strong media presence, and their YouTube channel, for example, has a considerable following. The Vergecast is the podcast form of the site where Nilay Patel and Dieter Bohn make sense of the week’s tech news. Most of the time, they are joined by other members of The Verge, and the discussion is quite fun. You can also find interview episodes when special events come around so you can find a bit of everything.

Sandra is a scripted show about everyone’s favorite AI with the same name. Helen finds herself working in the company that owns Sandra and starts learning things about the world, not expect. While trying to escape her hometown, she discovers that she’s not escaping reality as he was hoping. You can expect humor, high production, amazing voice actors, and a nicely told story. It has a beginning and end, so pace yourself if you’re enjoying it because there’s no news from Gimlet of a second season.

Science fiction is a broad topic, and you can find many books that cover all kinds of questions. Imaginary Worlds takes that into audio form and gives it a different twist. They distill the common conceptions of science fiction like time travel, fictional languages, Zombies, Star Wars, Harry Potter, and others, to name a few. The intro says it all “a show about why we create them and why we suspend our disbelief.” If you’re a fan of the genre or like to explore more, this is a podcast that you’ll enjoy for sure, so give it a listen.

Hosted by David Speed and Adam Brazier, “Creative Rebels” is a show all about art and design but explains how to maintain a company focused on art, graffiti, and tattoos a few. These two successful entrepreneurs interviewed people who went outside the norm and built successful businesses outside the 9-5 churn. All guests are super entertaining, and each episode provides ways to apply it to yourself and be more creative—one of my top discoveries this year and a must-listen podcast.